Since 2003 Verifysoft Technology proposes the best technology choices for test and software analysis.
Here are the stages of our development:

The company Verifysoft Technology was created on the 18th of June 2003 in the Technologiepark of Offenburg (Germany) by Klaus Lambertz, Roland Bär, Patricia Gallien and two other investors. Verifysoft starts as distributor for Testwell and sell Testwell tools to Germany, Austria, Switzerland, France, Benelux, and Eastern Europe.

Verifysoft signs a distribution contract with the company Conformiq (Finland) for their model based testtool.

Thanks to a contract signed with a tool editor from San Francisco, Verifysoft opens up to the static code analysis market.

Verifysoft expands the possibility of the Test Coverage Analyzer, Testwell CTC++ with Java and C# on top of C and C++.

A continuous growth requires the enlargement of the premises.

Distribution contract made with the Estonian company Elvior for the test executor tool Elvior TestCast.

Signing of a distribution contract in the German speaking countries with the American company GrammaTech for the static code analysis tool CodeSonar
Verifysoft acquires intellectual property rights for Testwell tools on the 1st of July ...more infos
Beginning of the building of a worldwide distributor network

The continuous growth forces a new expansion of the working place.
First version of the Tool Qualification Kit for Testwell CTC++ available.
Verifysoft-Tools are used in over 30 countries.

Extension of the Software test seminars to France: start of the trainings with Professor Dr. Jean-Francois Pradat-Peyre from the University Paris Ouest Nanterre la Défense

Participation of Verifysoft to the international fair Embedded World in Nuremberg (Germany) for the 12th time. ...more infos
Verifysoft reached again a new sales record compared to the record year 2016. For many years, the company has experienced average annual sales growth of more than 30%. Testwell tools are used in 35 countries on all continents.

Verifysoft and it's partner GrammaTech exhibits at Embedded World in Nuremberg (Germany). ...more infos
After sales records in 2016 and 2017, Verifysoft Technology achieved also in 2018 a further increase of it's sales.

Verifysoft closed the "Corona crisis-year" 2020 with the second-highest revenue in company history.
16th participation in Embedded World Germany > learn more
Our tools are used by almost 700 customers in 39 countries all over the world.

New revenue record: End of October, Verifysoft has already surpassed the previous record revenue of 2019. The ambitious revenue targets set for 2021 are largely surpassed by the end of the year. 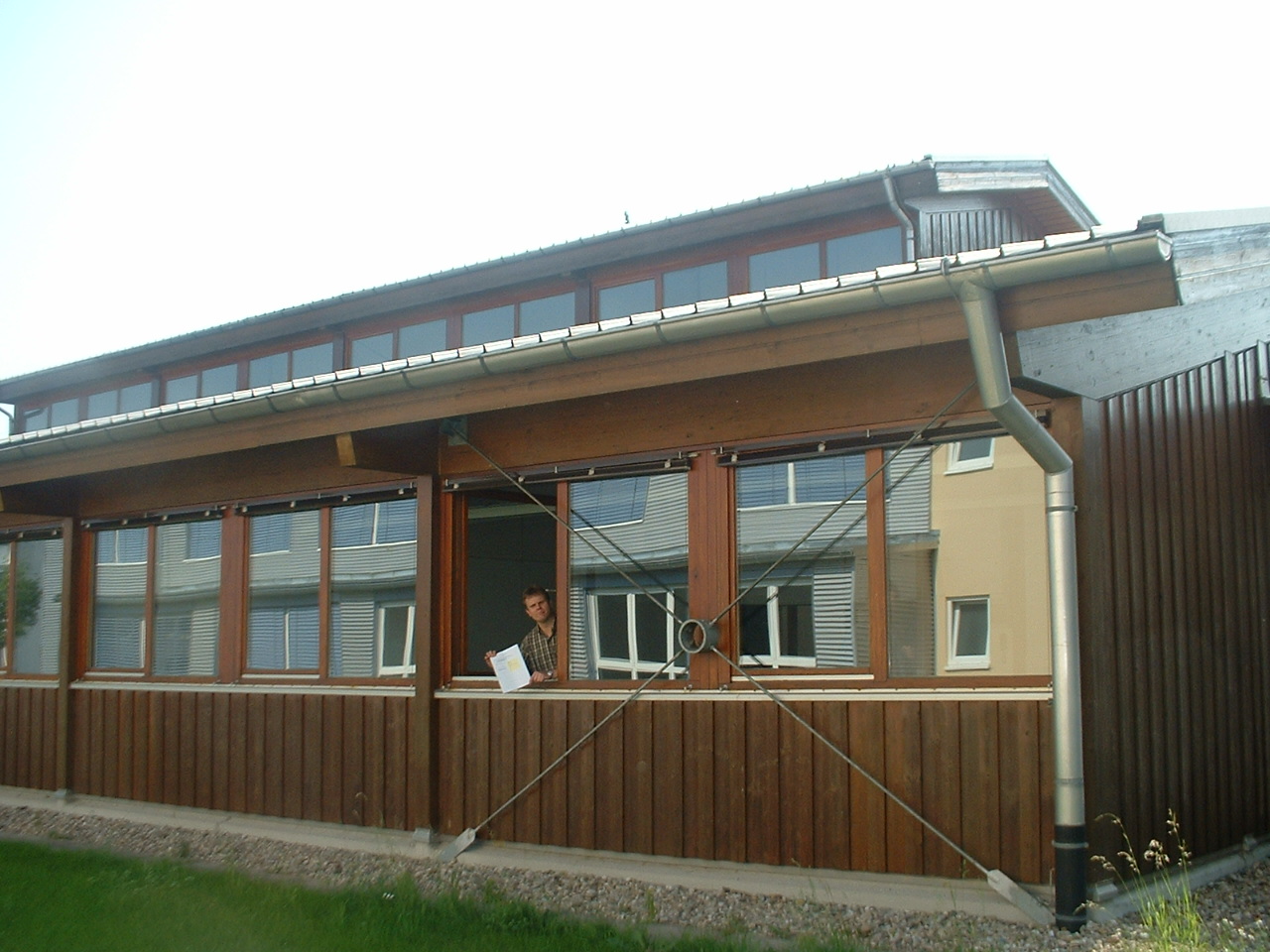 2003: The founder Klaus Lambertz in the first locals 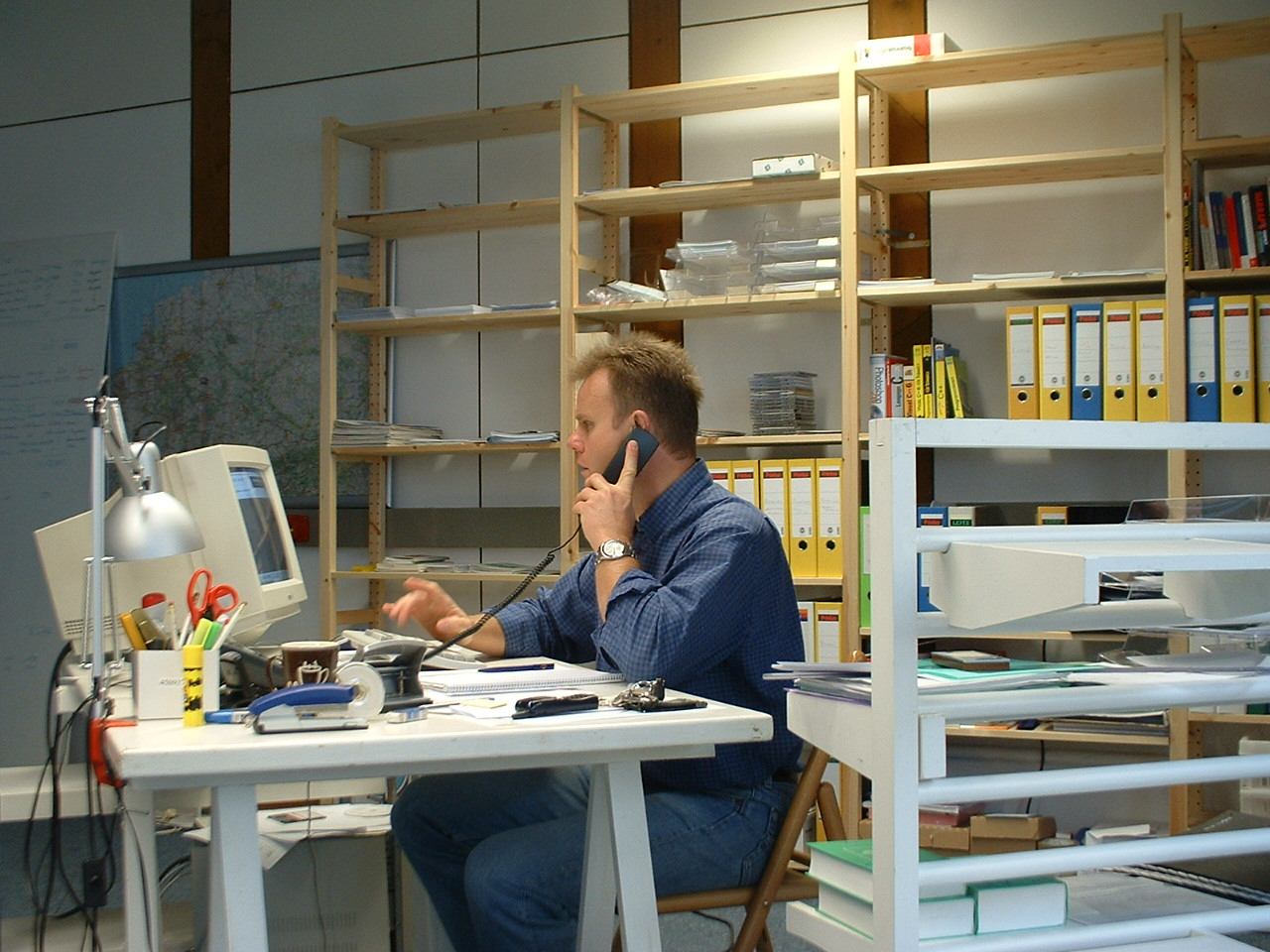 ... with a temporary equipement 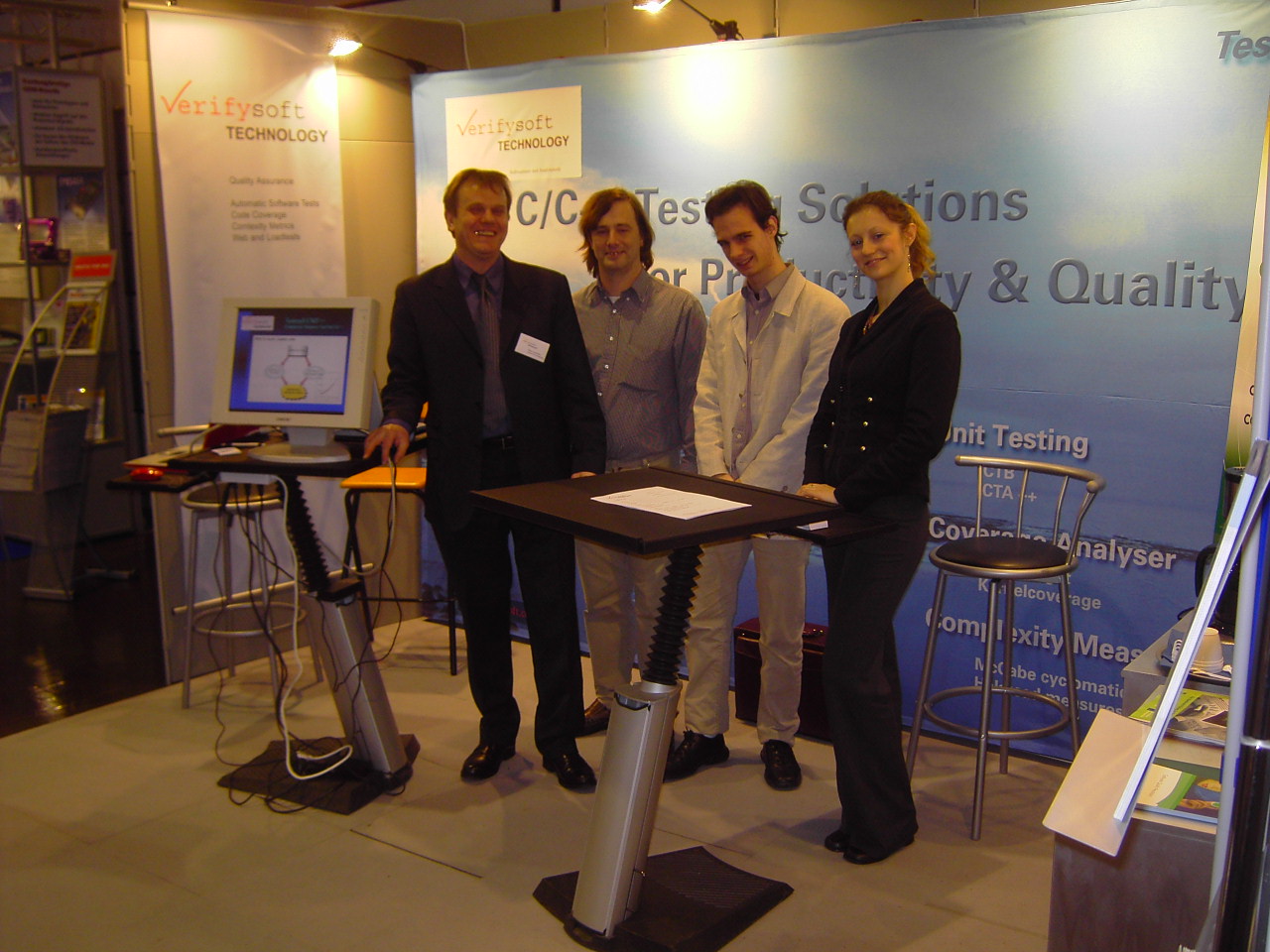 First participation to the Embedded World in 2005 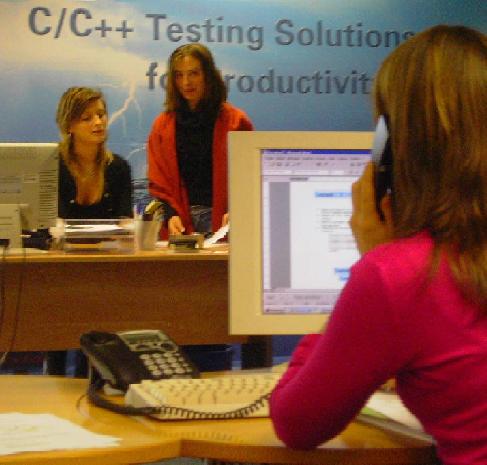 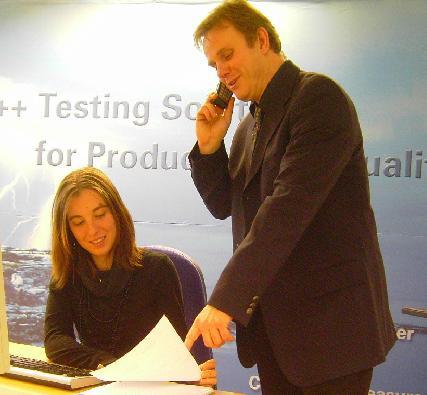 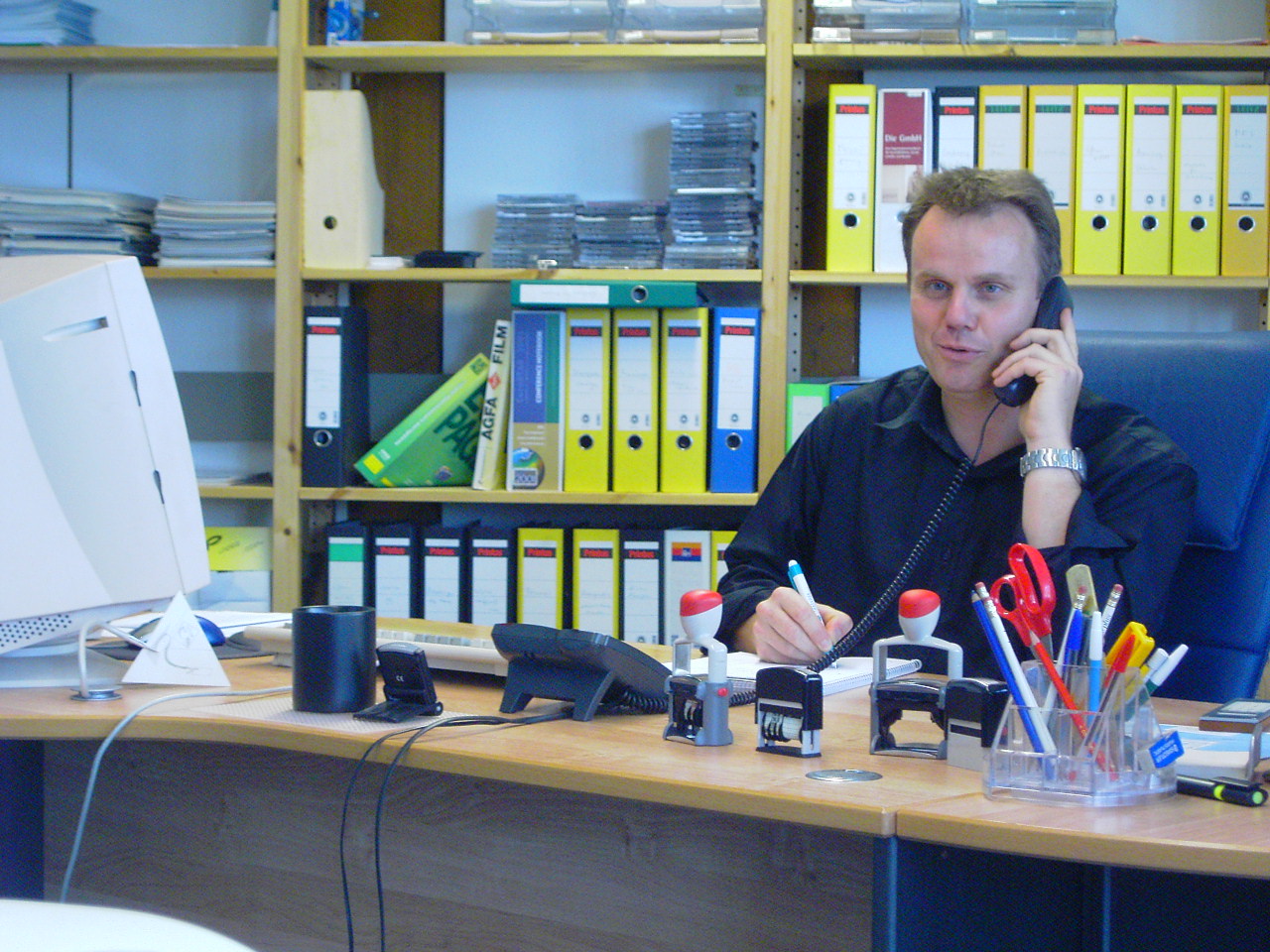 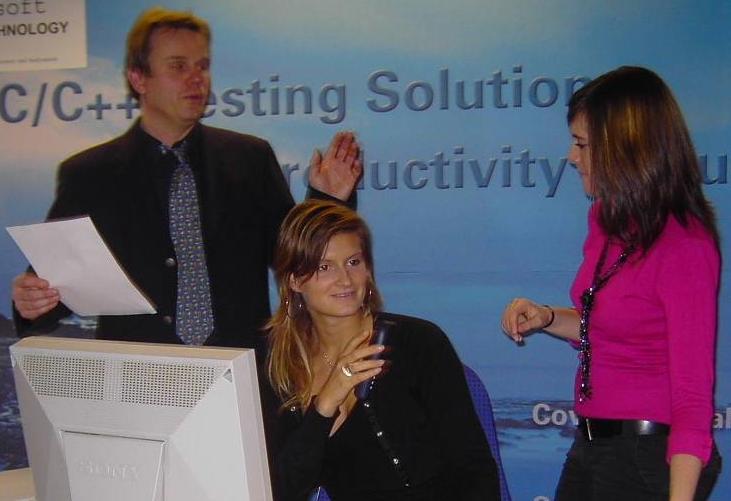 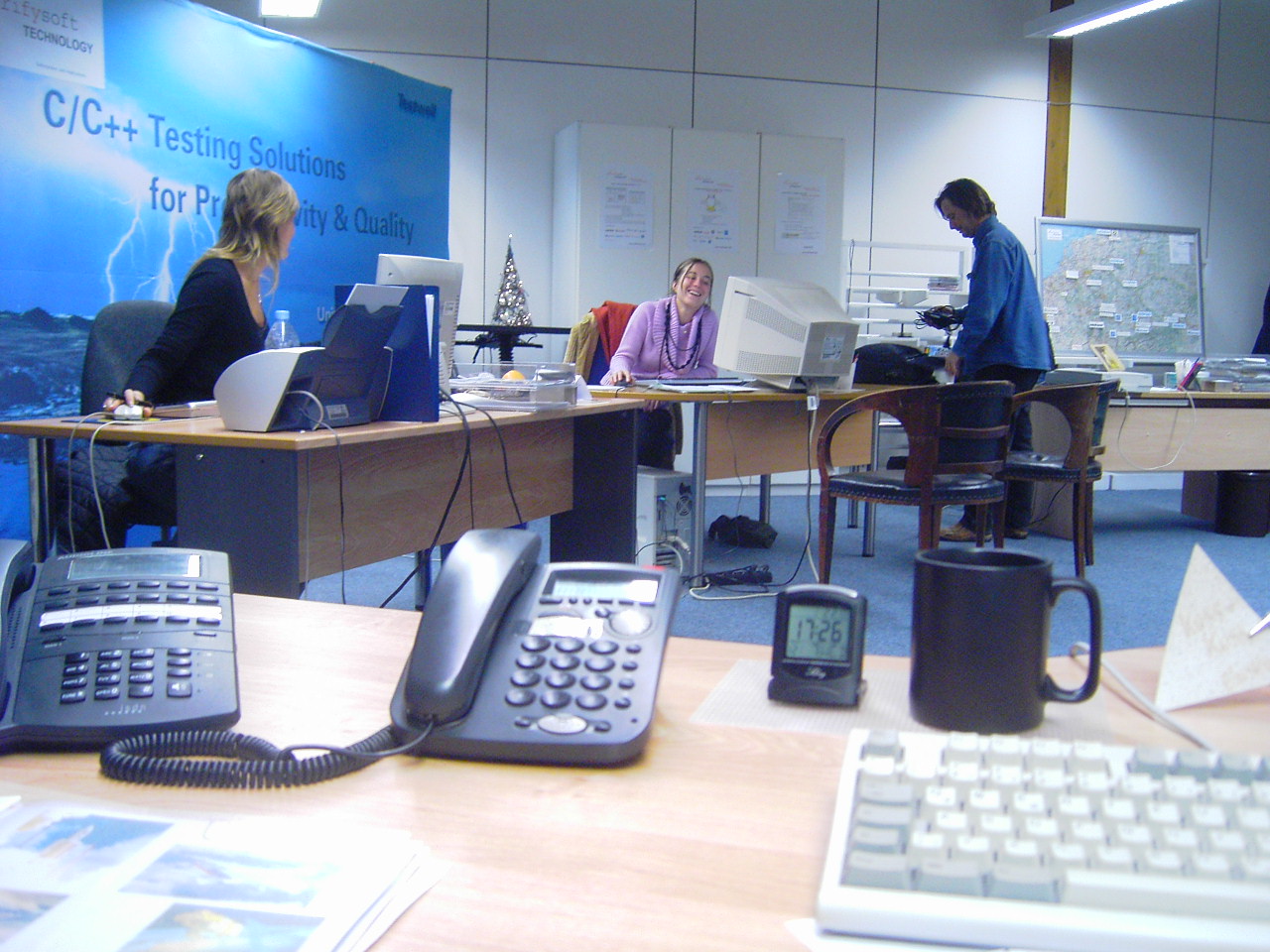 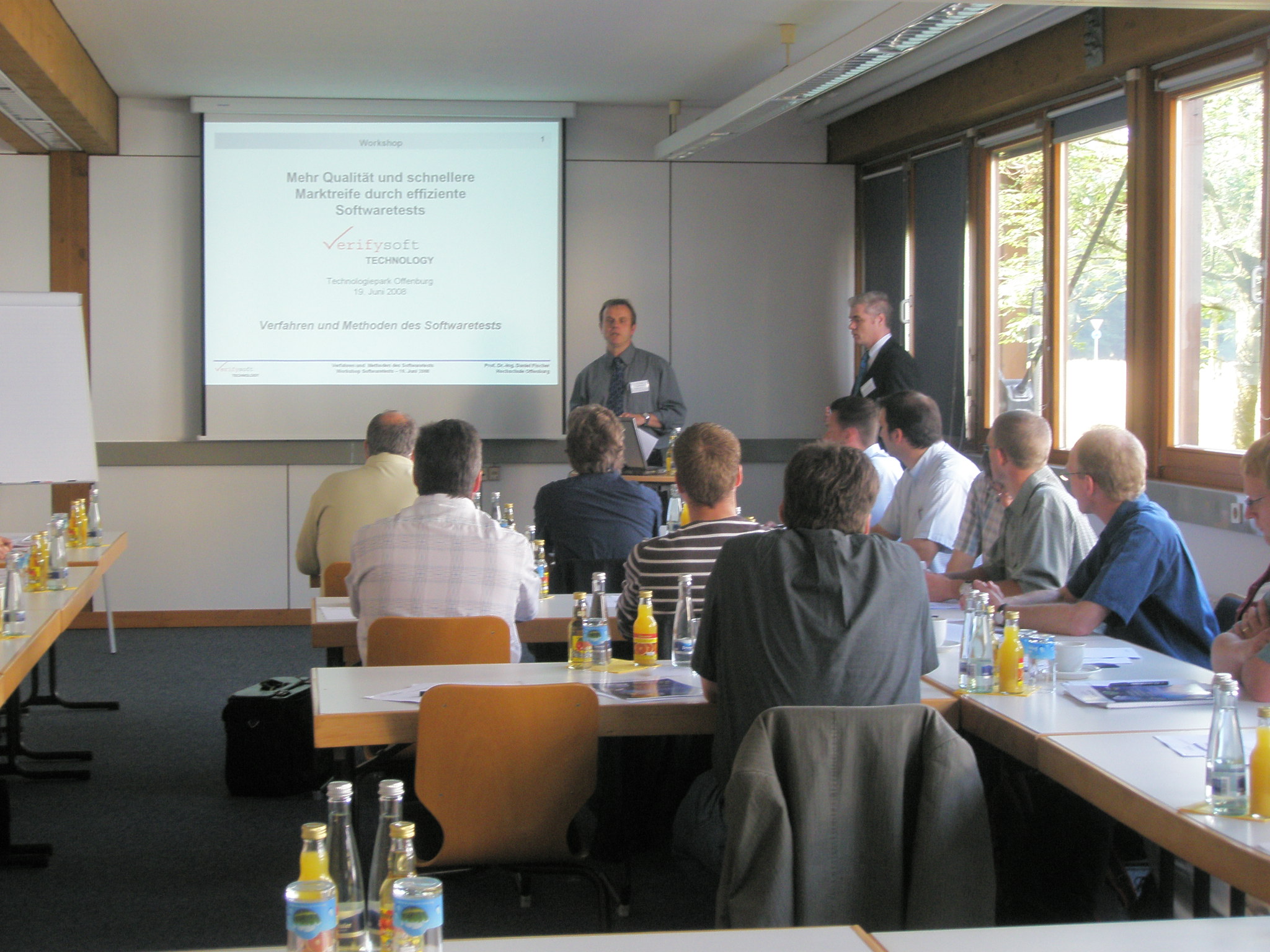 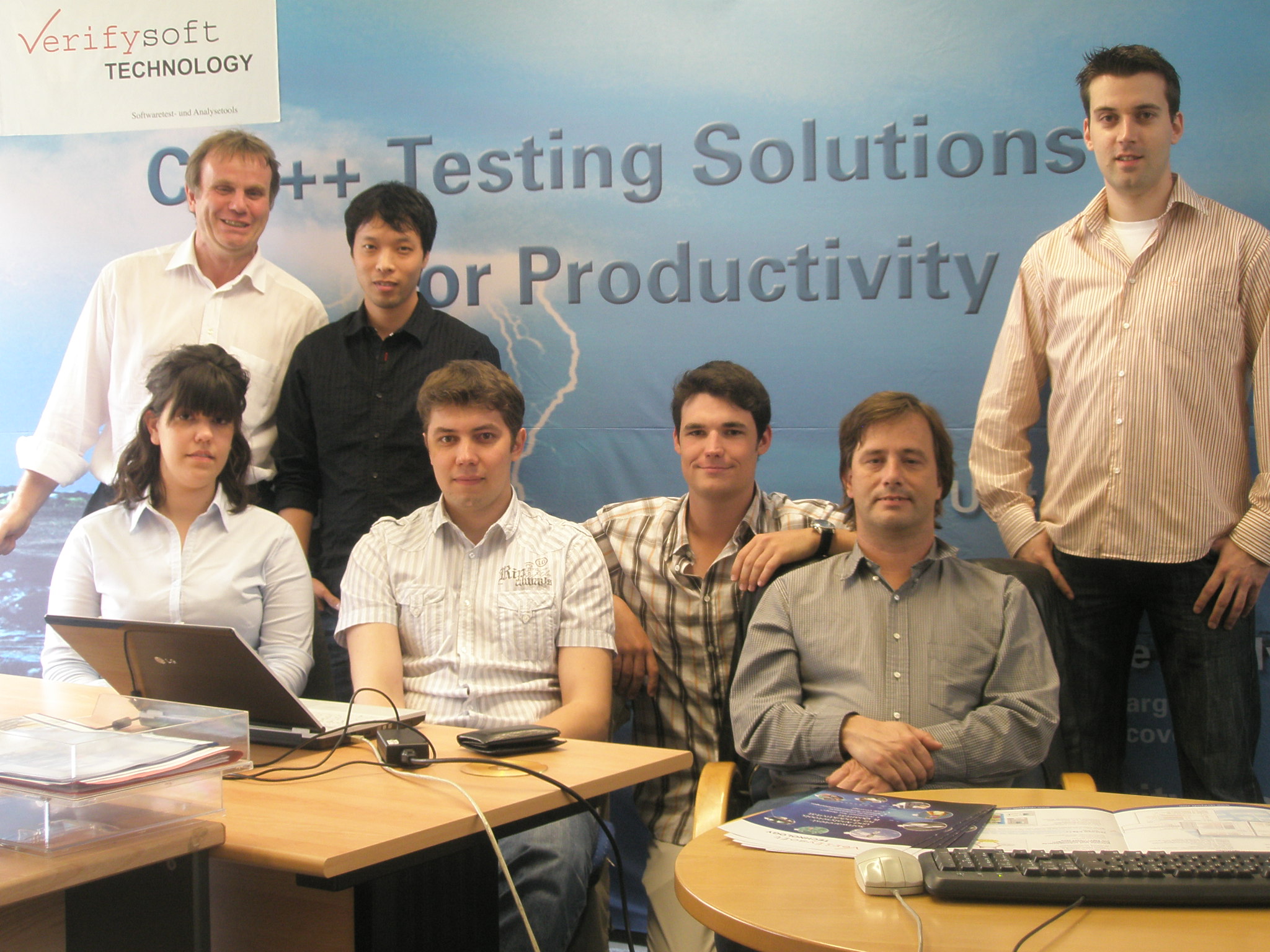 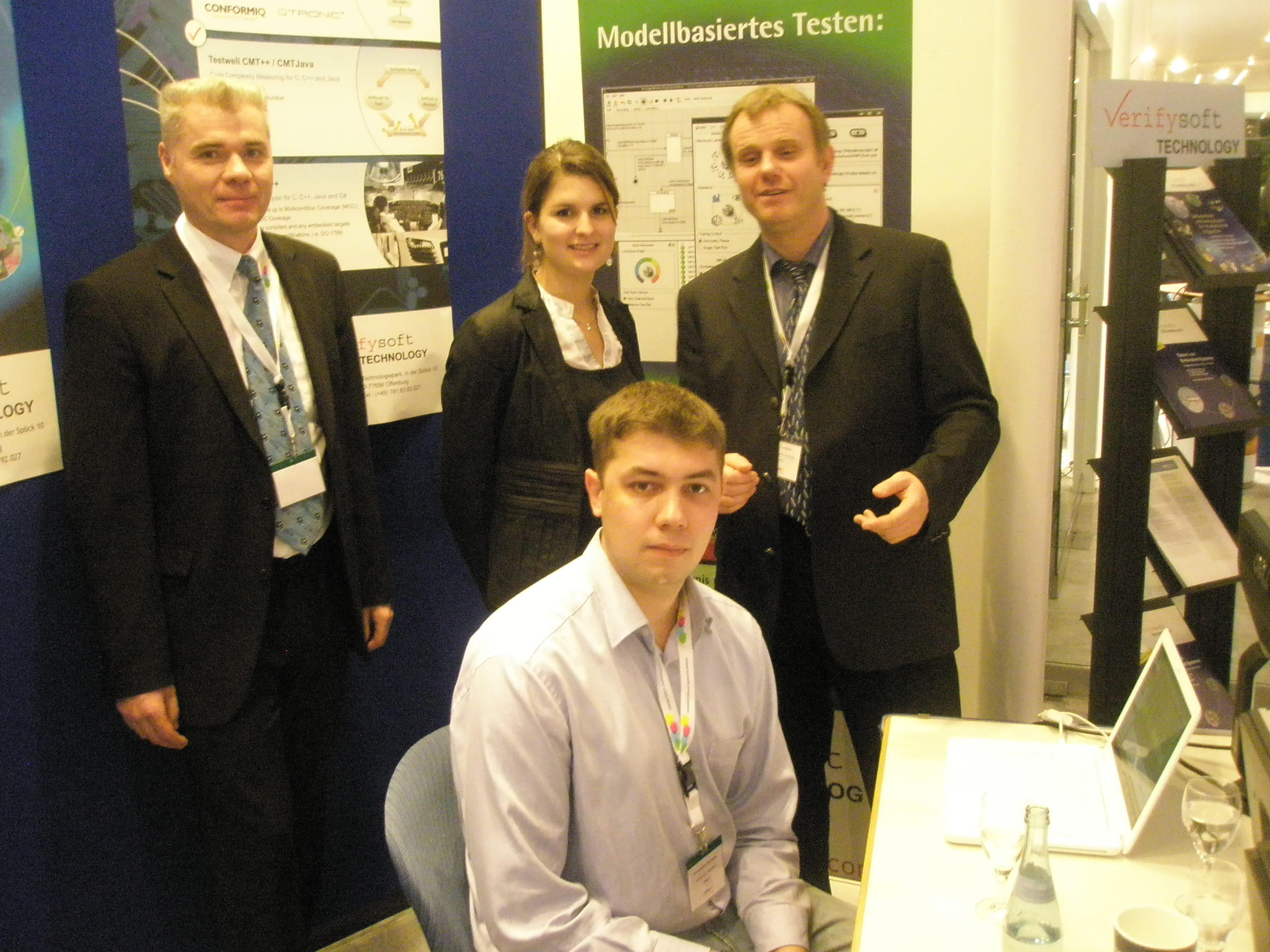 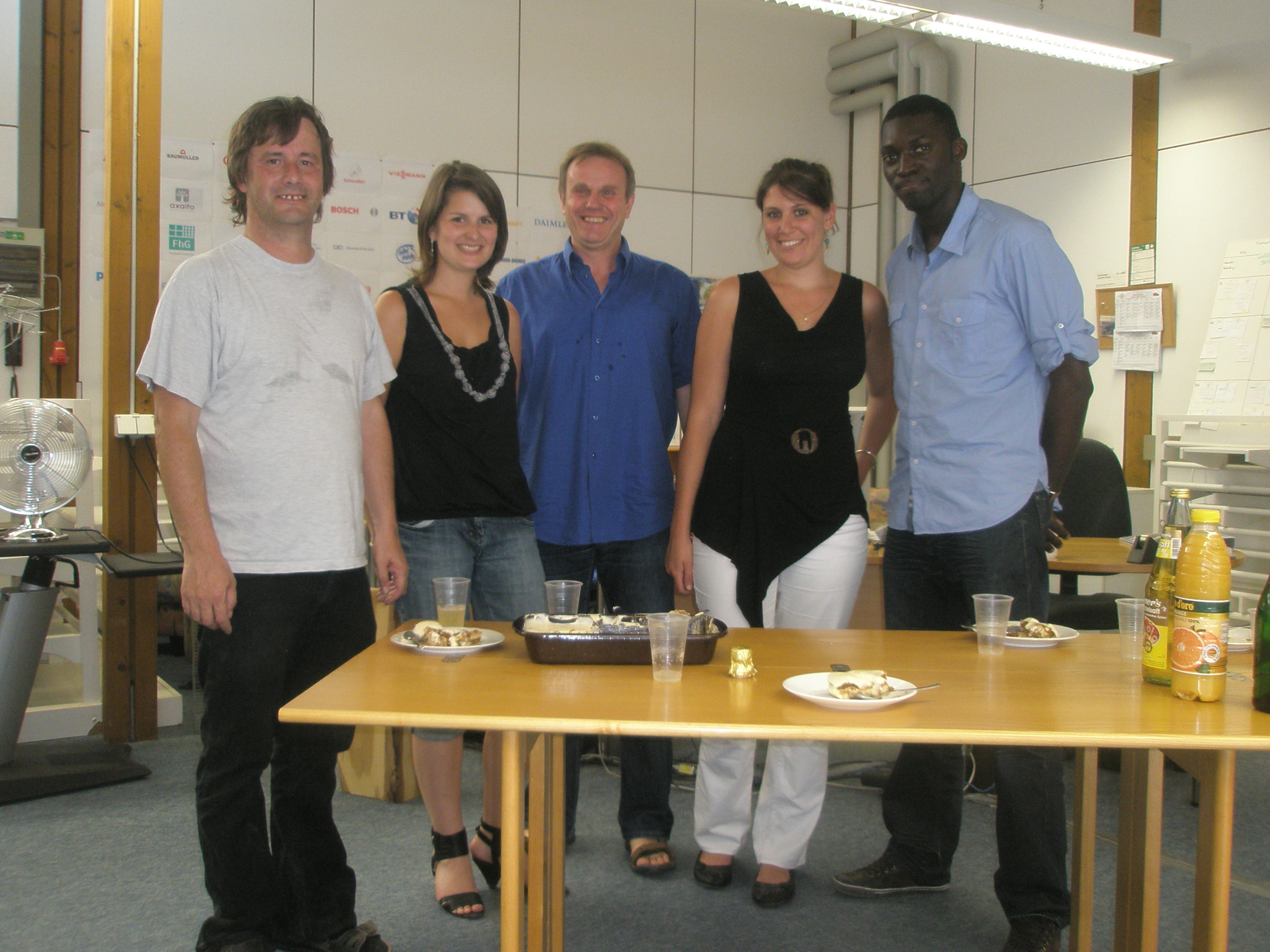 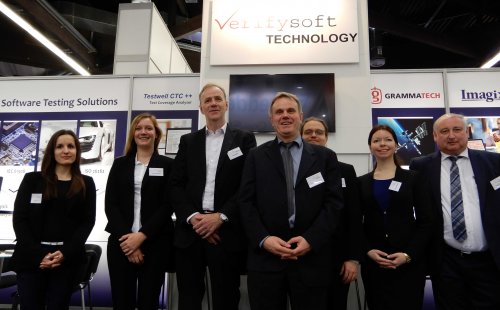 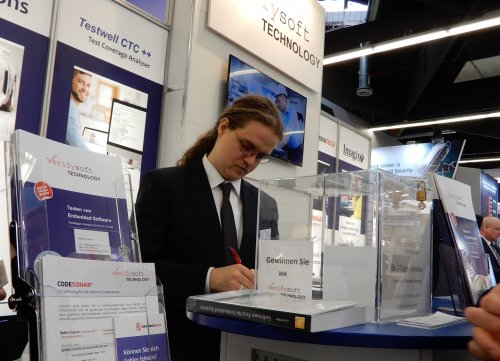 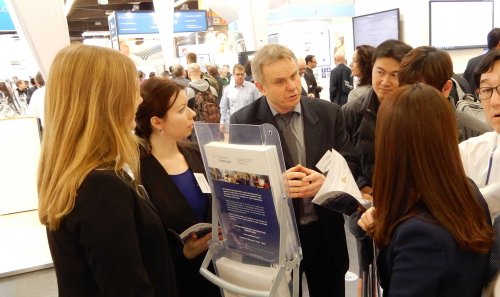 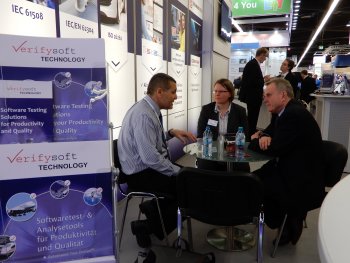 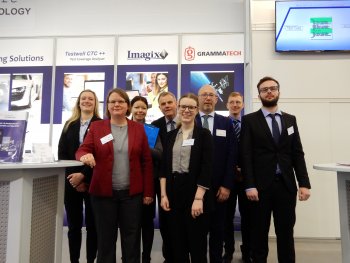